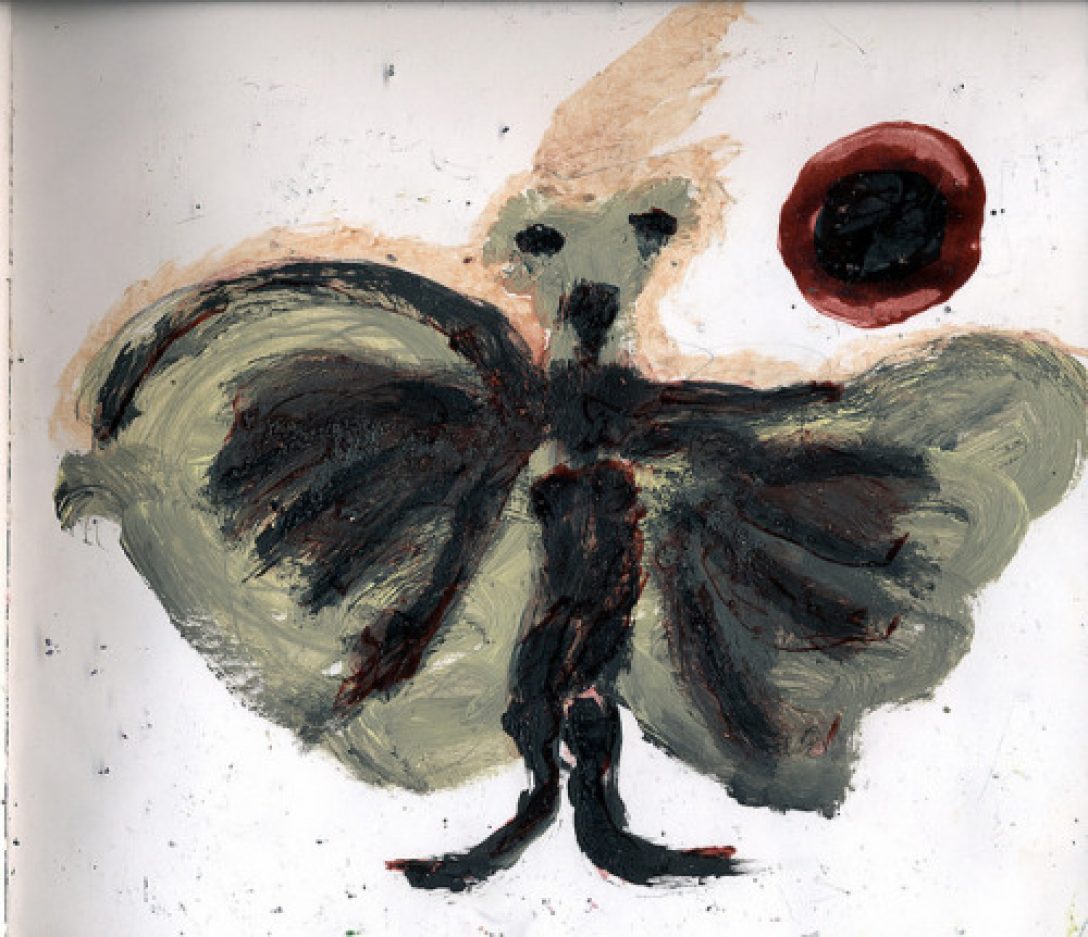 I was given a prompt by my professor this past week to divulge my opinion on the perspective of historical linguistics that languages decay and become mutilated over time(and those were the actual words used, not my being hyperbolic)– I of course heavily, wholeheartedly, and with every ounce of my soul disagreed and most of the class being young people who engage in very modernized language everyday did as well, but I do have my particular reasons:

Language is not to be tamed or controlled and I posit that to do so would actually portend the decay of a society in which that language is being systematically tamed. Our English language is tamed just the same and I do have my own qualms with that which is why I don’t see the value in “proper grammar” or even proper spelling and I assume complete and total poetic license in any work of literature, formal or informal, artistic or academic. To tame language is to tame meaning and meaning is a wordless, infinite, and largely unfathomable thing. It is and it can’t be held or comprehended. It never stops beating and no single beat is ever alike. Our use of sound and symbol to represent meaning should be organic because meaning itself is organic, not controlled, not predictable, not systematically observable. Nothing is ever truly repeated, we only give our reality the veneer of order and repetition…systematization. I believe chaos is close to truth than order and also that the human soul is of chaos

For example, you can say you’re happy when you’re with your romantic partner, but in truth, what you’re feeling is something so deep that words couldn’t even begin to conquer its expression. You may feel such depth of feeling every time you’re with your partner, but they’re never exactly the same feelings with the same meanings and thus they aren’t repeated or repeatable. Yet you may still say you feel happy despite the fact beneath the surface of that simple word is that chaos of unrepeatable experience and seeming randomness of arousal. By that I mean that we don’t plan to have these experiences that incite such deep meaning. By all appearances, they’re random

What if you decided to come up with a new utterance to encapsulate all that you feel in a single moment with that partner? Is that valid? Is it invalid just because it’s ‘not a word’? Of course it’s valid. If it wasn’t, then we wouldn’t have words in the first place and there is no rational reason for anyone to stick a flag in our language system and declare that it has reached its apex and we must suspend all evolution. Words flow and form and are uttered organically, not by some system that can be coded and controlled

I do note there’s a common bias that what was done in the past and how things were done in the past is somehow more right than what is done now or could be done in the future. How could one justify such a limiting belief? We don’t know the possibilities until we push the boundaries and see what’s on the other side. I believe this stems from a fear of the unknown, but I also believe it should be embraced because without the embrace of the beautiful unknown, we would have no progression, no evolution– all would be static and unmoving

But let’s go back to the beginning, How did language arise in the first place? It’s not like we can know for sure unless we develop a time machine and wouldn’t care to risk fucking up a timeline, but I would wager everything I own that it didn’t arise from a predetermined and limited system of sounds and meanings because that would be impossible. The most likely case is that language arose as humans felt or observed facets of their internal and external worlds and needed means to communicate them either for survival or just for the plain old human need for connection. That’s what I mean by organic. Why should we stop? Can we actually claim that language has reached its apex or that it’s been in a decline? What would that even mean? How could language be declining? The only way it could be in decline is if we as a humanity were losing our ability to express and explore meaning through words which, actually, I suppose in a way we are. If language is in decline, it’s more to do with strict academic rules. But that’s of course why we have the rebels who choose the route of poetry

Language is about meaning, plain and simple…intricate and complex. If it can’t be used to represent meanings, then it’s useless. Suspending its natural and organic evolution may as well just render it an artifact to be viewed in a museum wordlessly musing what once was but never will be again. We may as well be robots if our language was to become so controlled and preserved because to control language is to control us, people

Change is not decay and is not mutilation. We can peer into languages of the past or ancient forms of modern languages and gain such a beautiful and enriched insight into how they lived. We can look at etymology and note how word meanings have changed and forms have changed and what perhaps these changes mean in terms of how we’ve changed. We can even use historical linguistics and etymology for a deeper conception of the words we use now, but change is not decay and change is not mutilation

Humanity shouldn’t be subject to systems that limit expression or plague it with the concept that things must remain the same or that meaningless action and repetition are honorable. I say society would decay if language was fully preserved because to do so would be to wholly halt the expression of spirit and soul in everyday discourse and action. Since words essentially form our entire realities, to systematize and preserve language is to preserve society, but that means preventing it from further discovery and transformation and preventing it from any semblance of forward or outward movement(as I believe things to not be linear). We’d become a machine, just a machine. A machine with predictable parts that do exactly what they’re supposed to do as dictated by some higher order creator, easily controlled, easily replaced. We’d be robots, controlled and coded

My theory is that disorders like anxiety and depression are on the rise because we’re being pushed for so much order and systematization. Language is a part of that and really, language is at the foundation of it since words form our realities. Each spirit is so unique and intricate that its inner connection to meaning just cannot be bagged and tagged. Repetition(via systems) is inherently registered as decay to the human soul which naturally seeks continuous meaning, experience, and creation

So I believe it’s imperative we rebel against structured language, grammar, spelling– When you feel something that you can’t put into words, feel the sounds and the meaning through your body and that is the purest language you can attain

This is kind of an experiment in prosaic poetry as well as just a little bit of what I call ‘decomposing language’. The words that seem like they’re not in English aren’t in any structured language at all, but they’re still meaningful. That’s the most intriguing thing to me about sounds. They have inherent meaning that has nothing at all to do with systematic language. That’s one of the things I’m exploring. And in truth, this really needs to be heard, not read. True meaning of is translated through the body and the sound so I’m gonna look into getting some decent recording set up so I can actually recite these writings rather than just share them as written

I also experimented with a bit of visual poetry and automatic symbol drawing to accompany it– Warning: I’m not a visual artist, but that’s not gonna stop me 😉 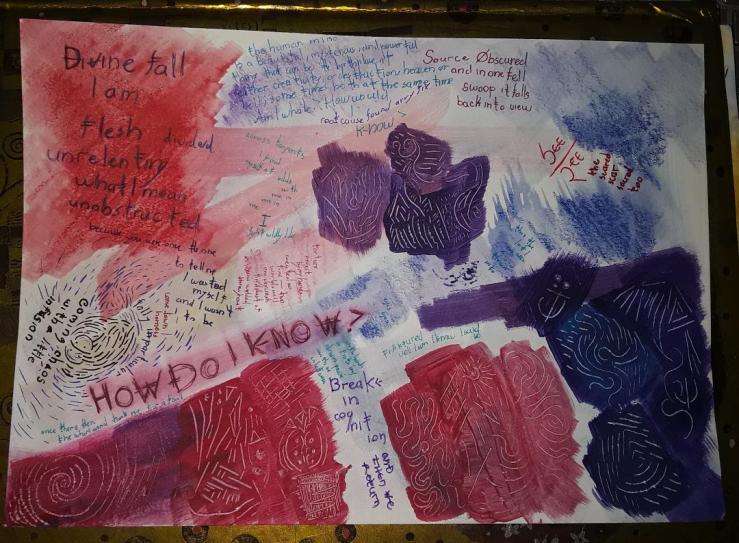 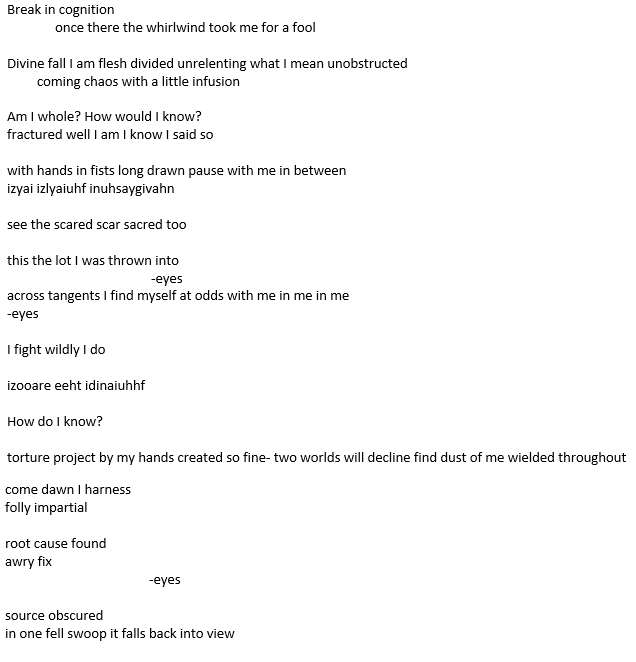 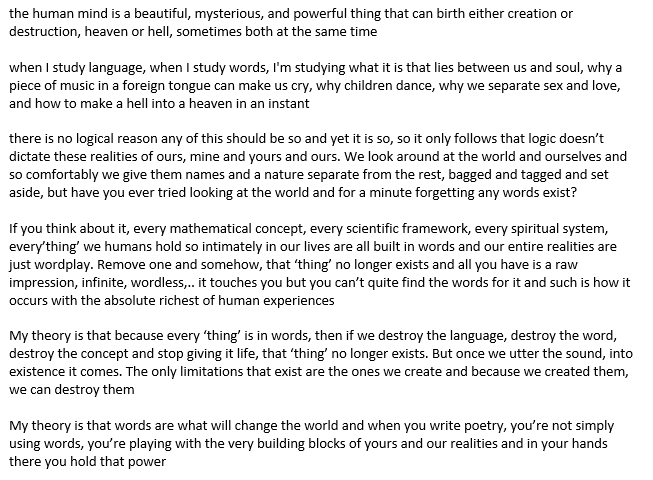 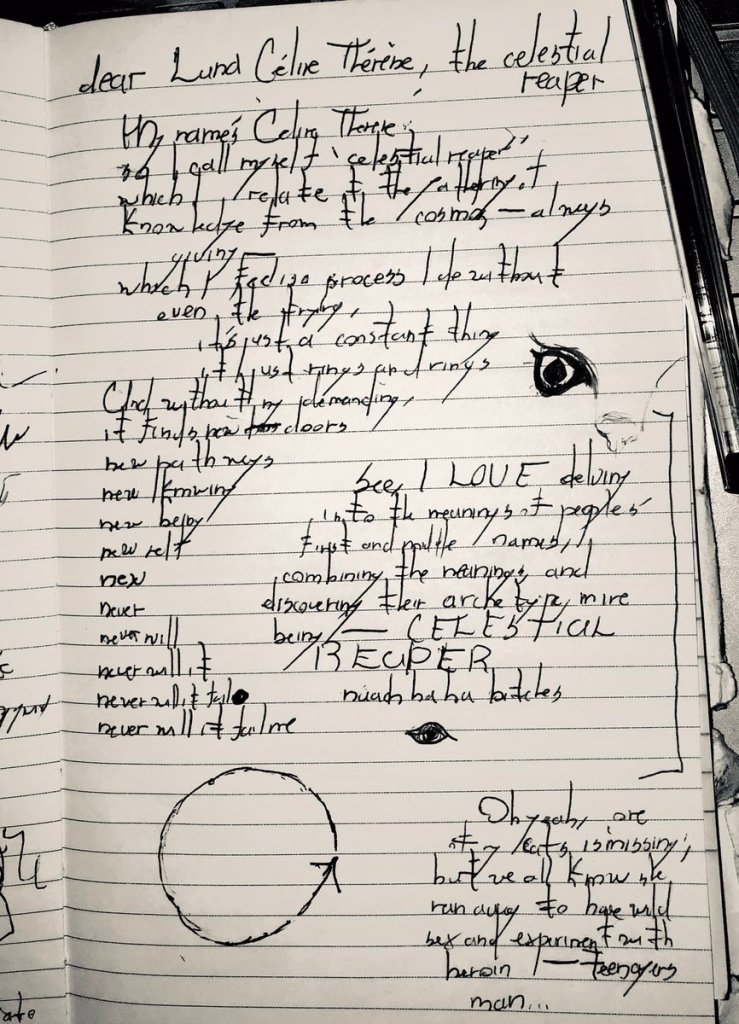 I don’t even remember writing this one, but I know it’s an automatic writing exercise of sorts I wrote around two weeks ago. Automatic writing is by far one of my favorite creative processes. Again it’s not exactly poetry, but that’s the closest category I could really fit it into. ‘Poetic ramblings’ is perhaps the best descriptor

trigger warning – it mentions meat a lot so vegans may not enjoy this, for that matter I’m not sure nonvegans will either 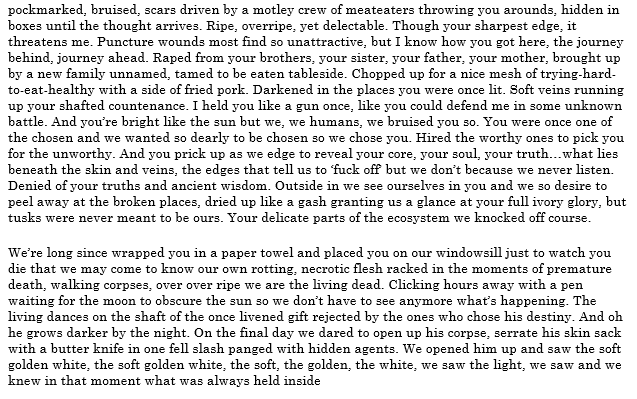 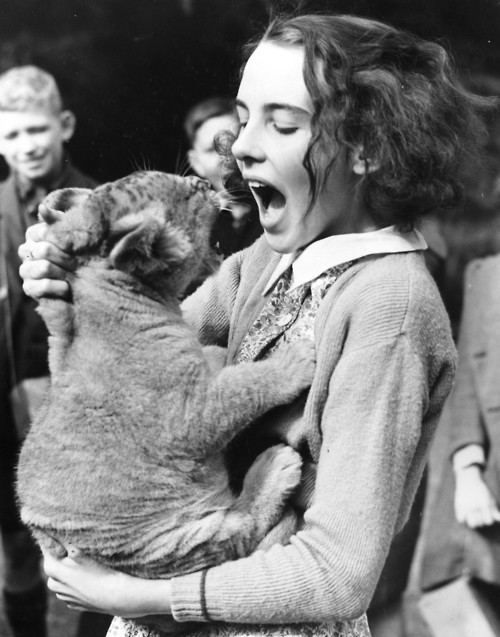 I just last night started a journal to write down all my poetic ramblings that come to me at the most inconvenient of moments but nevertheless I must bend to their divinity. I usually have these things on my phone or in spare sheets of papers, but I wanted a book I could look at for inspiration for my poetry as all those maddening bits of nonsensical words and phrases and images do become poetry

Today I’m not sharing a poem, but a some of my poetic ramblings melded together into… some writing. I don’t believe there’s a name for this as it will all seem nonsensical and primarily I work by ‘automatic writing'(channeling my core soul) 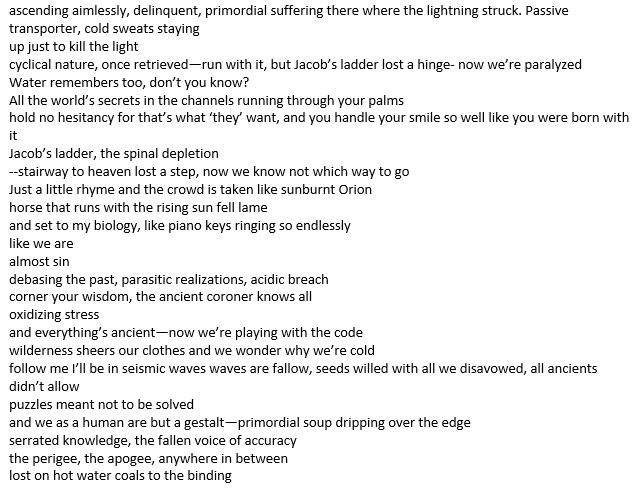 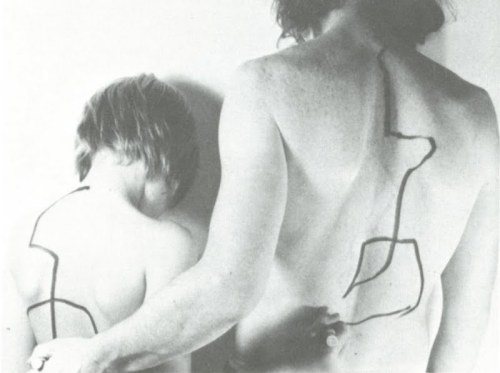 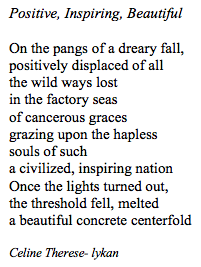 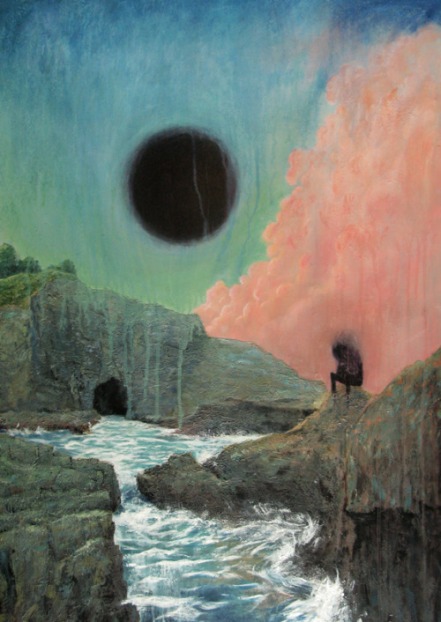